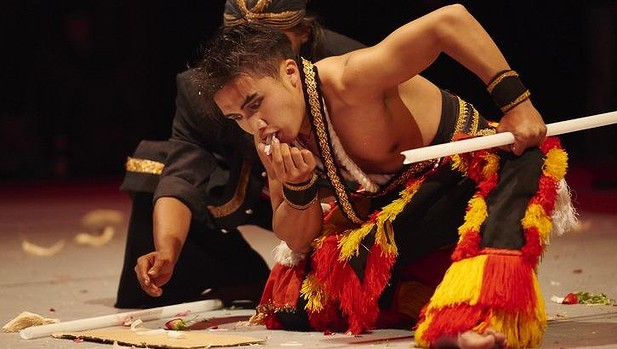 Kate was Creative Producer for Kuda Lumping, a contemporary setting of a Javanese ritual calling on the tradition of spiritual possession through trance induced music and dance ceremonies,.

Featuring a group of 20 performers from the mountains of East Java alongsideDirector Gideon Obarzanek and Indonesian based producers Volcanic Winds, Kuda Lumping was presented for Arts Centre Melbourne’s Supersense Festival of Ecstatic Performance in August 2015.

The performance over three hours with the performers entering states of intense trance led by shaman Pak Ki Iswandi. The audience and performers were together on the stage of the State Theatre, surrounded by four large screens saturated by intense colour projections that were triggered by changes in the accompanying music.

You can read an extensive feature in The Age on the process of creating this work and read a longer description from Gideon and Kristi Monfries here.

The 8 minute highlight video of the full performance has been produced by Arts Centre Melbourne. 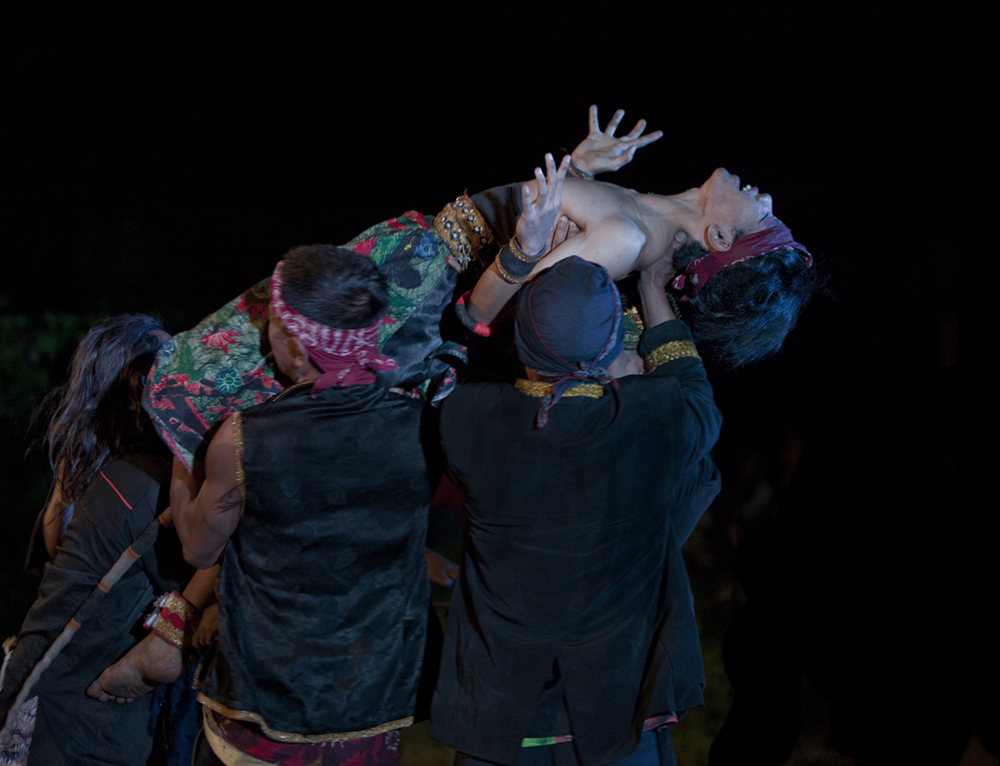 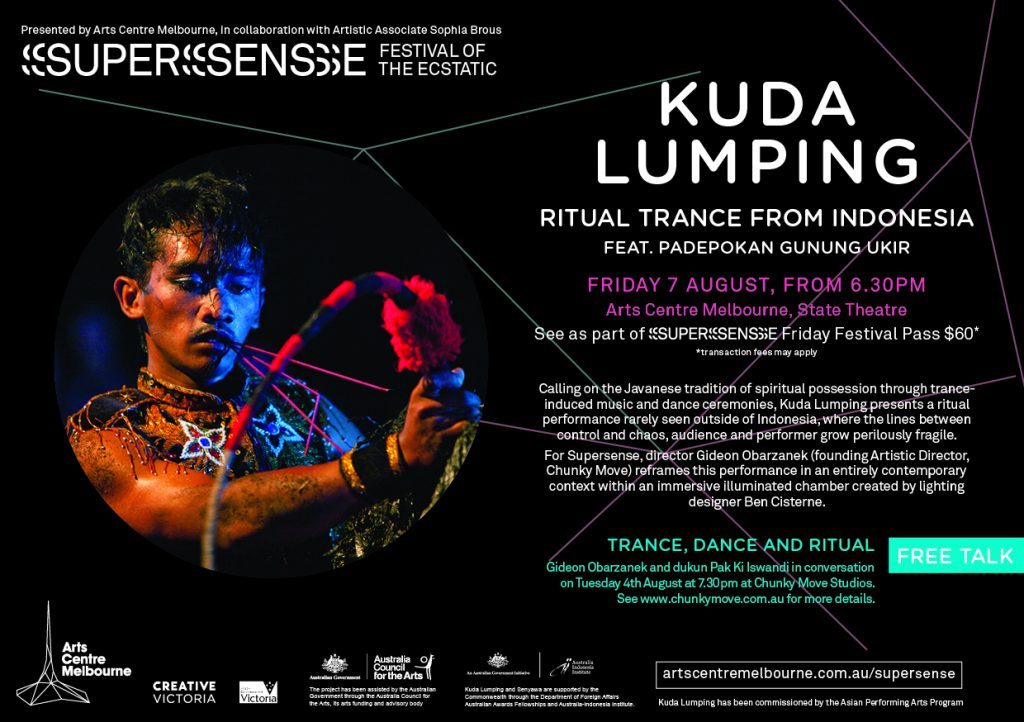